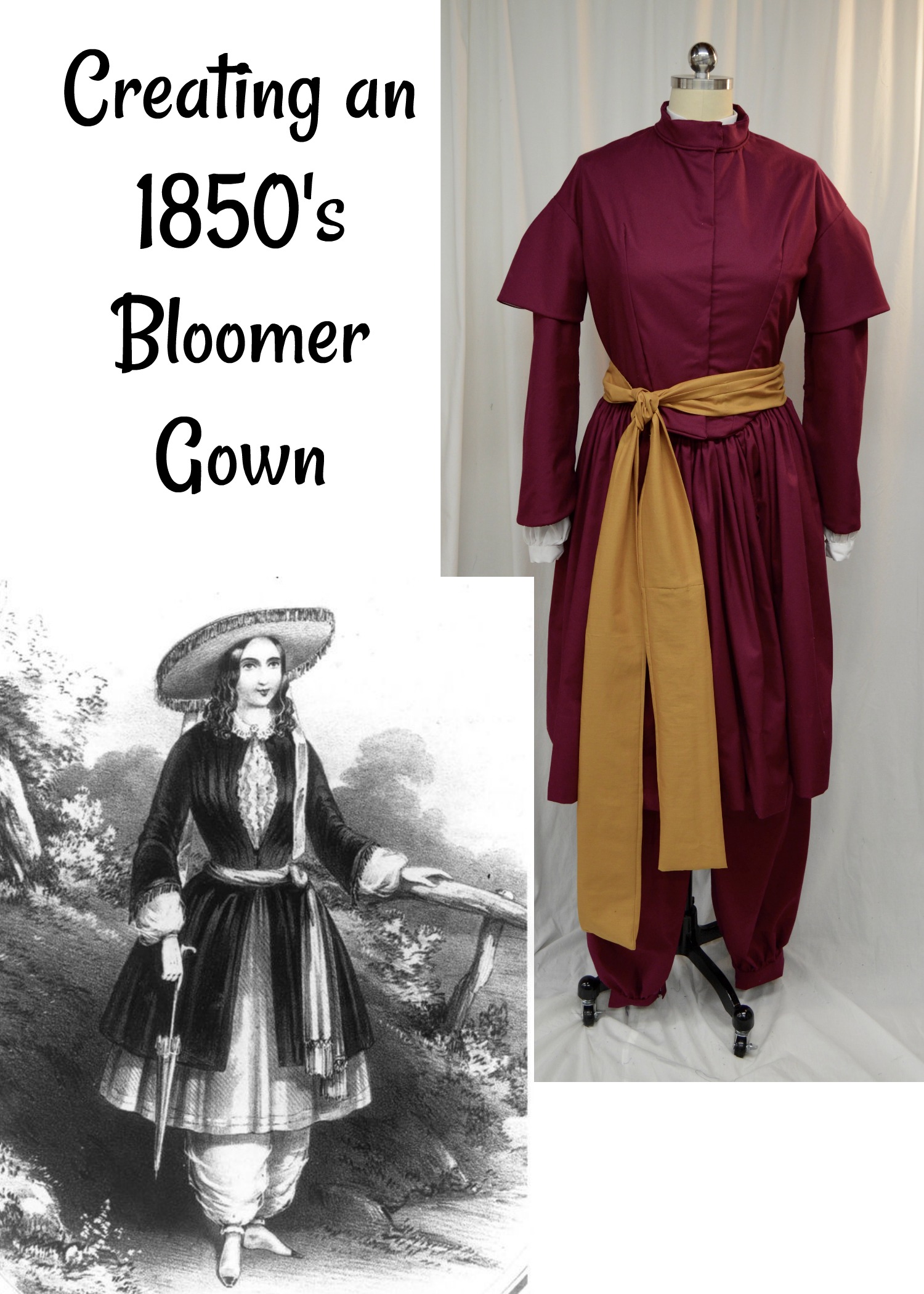 A few weeks ago, The New York State Museum reached out to me to acquire a Bloomer Gown I had created to display in their upcoming exhibit Votes for Women: Celebrating New York’s Suffrage Centennial which runs from November 4, 2017- May 13, 2018 in Albany, New York.

I was thrilled and honored to be apart of such a wonderful exhibit and celebration that I thought I would share a some details of not only the gown I made, but also the women who made the outfit popular.

To start with the Bloomer gown, as we know it, was not first worn by Amelia Bloomer but actually by Elizabeth Smith Miller of Geneva, New York.  Elizabeth Miller, who advocated for dress reform using the Turkish style of pants, quickly caught the attention and support of Bloomer.  With her newspaper, The Lily, which focused on women’s issues, Amelia popularized the look to the point where her name became associated with the gown.