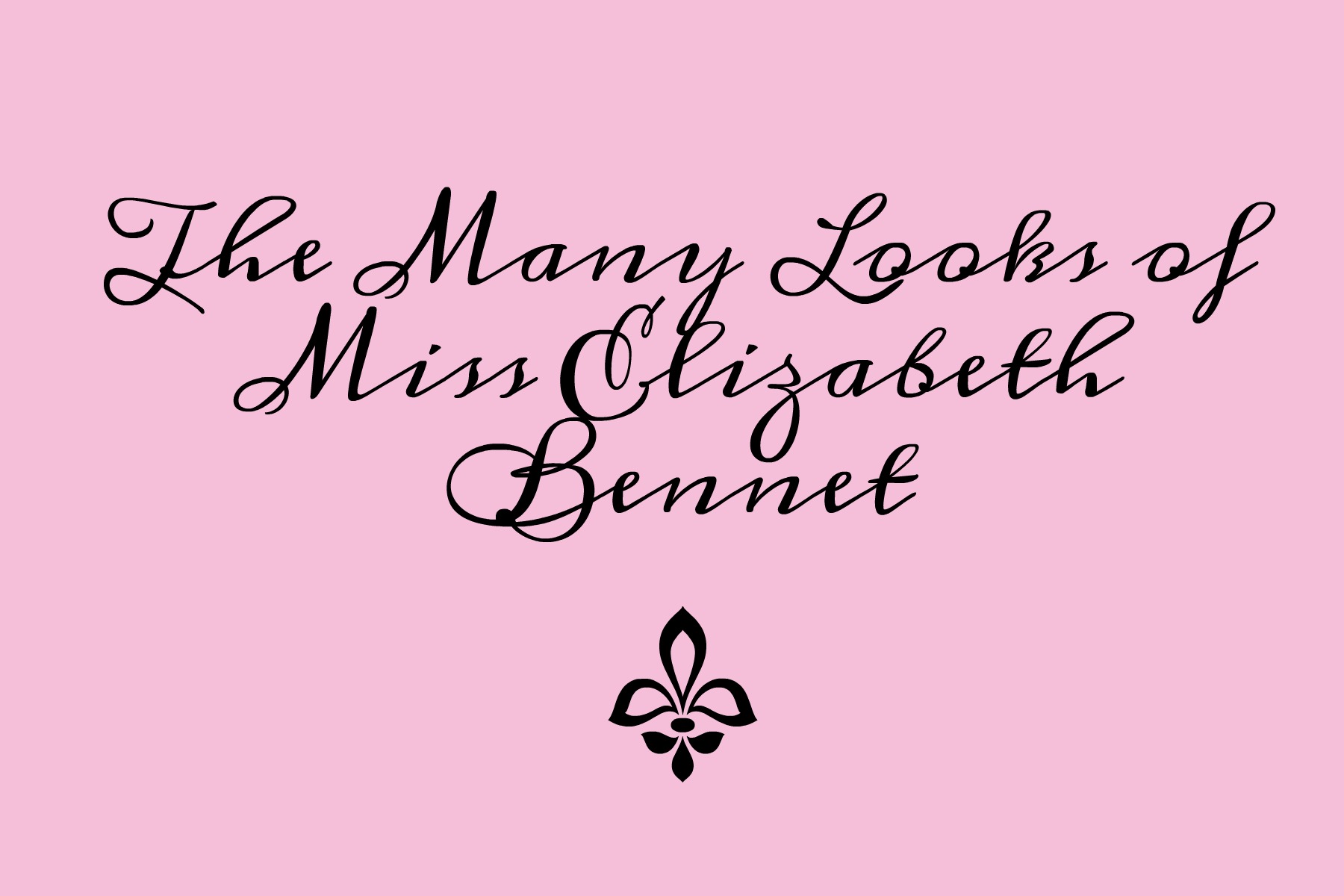 A little while ago, I watched the six hour 1995 version of Pride and Prejudice.  I know I have mentioned it on this blog before as one of my favorite movies…and it truly is.  No matter how many times I have watched it, I still find it as wonderfully fulfilling as the first time.  Of course, drooling over all those amazing gowns doesn’t hurt either! 🙂

Yet, there have been many adaptations of this beloved story, and each with their own gowns and styles.  I thought it would be rather fun to take a look at the four most famous versions of the novel focusing on the looks of the title character (and my favorite)  – Miss Elizabeth Bennet.

While, not my favorite version, it is still considered a classic with many wonderful parts in it. However, I can’t say that the gowns worn are all that accurate.  A bit of 1860 meets 1830 with a brief stop in 1810.  With that said, here are a few of my favorite gowns from this film:

Another sweet version with clothing MUCH more appropriate for the time period!  I especially love the various chemisettes that Elizabeth Bennet wears!

This one is the best.  Period.  Done.  I love absolutely everything about it from the scenery, to the acting, to, of course, the gowns!  If you want to be truly inspired and taken away…this is the one to see!  Here are a few of my favorite looks Lizzie wears:

While this one takes the prize on music, I still find it a bit more Hollywood-esque than the previous versions.  However, Kiera Knightly’s Lizzie is just as spunky as the rest of them!  Here are my favorite looks from the film:

While the gowns I have chosen from each film may not be the most glamorous, they are still captivating in their own way!  Looking at all these delicious outfits has me most definitely in the sewing mood!  I’m off to my sewing machine! 🙂

2 thoughts on “The Many Looks of Miss Elizabeth Bennet”