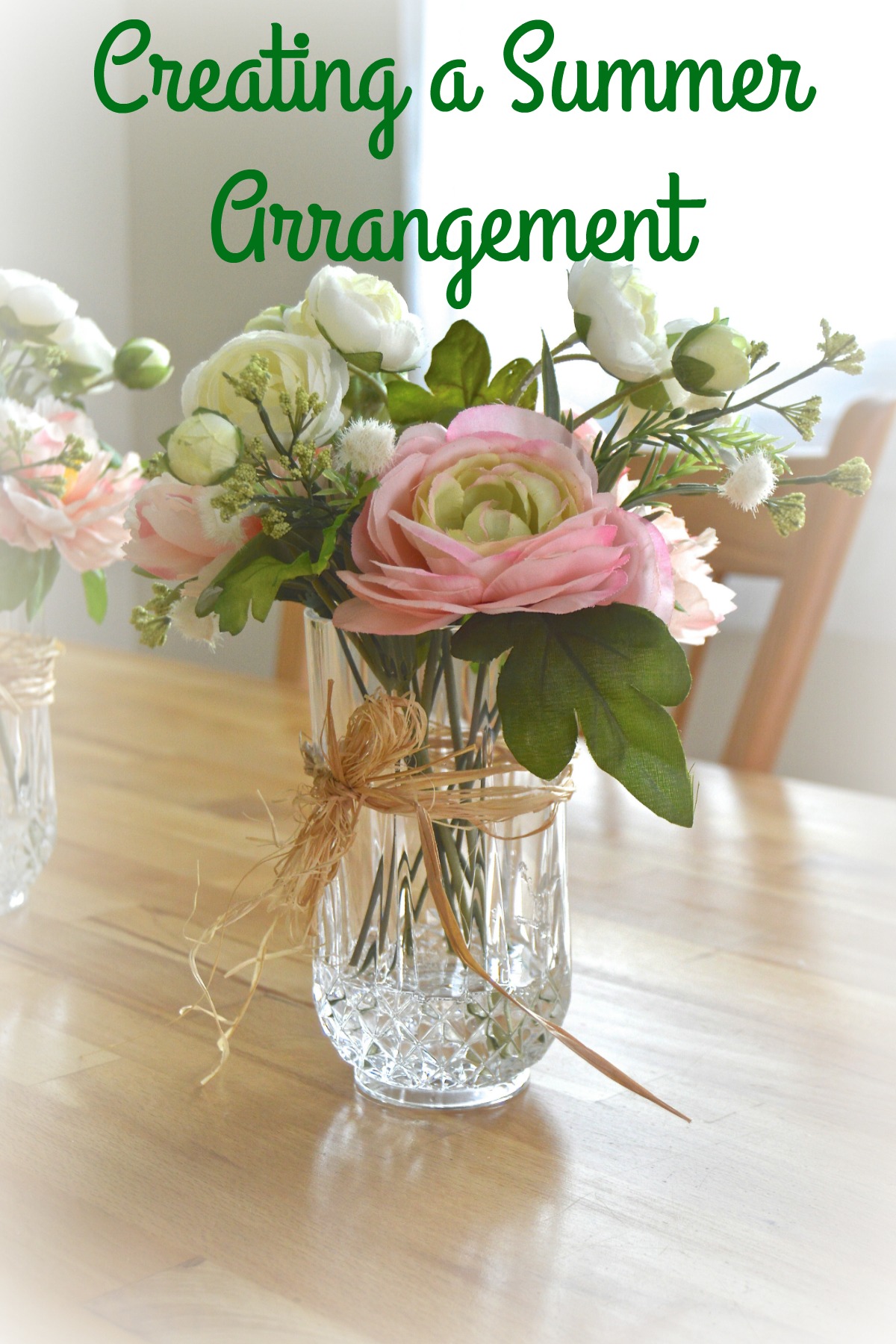 During Memorial weekend I was inspired to create a new centerpiece for my kitchen table.  I wasn’t quite sure what I wanted to do, but I felt that I needed something sweet and colorful.  I visited my local Michael’s craft store and was delighted to find a great sale on silk flowers…so I picked up anything that I thought would look nice.  However, the one thing I couldn’t figure out was what vase to use.  Well, next door to our Michael’s was a Pier 1, and after some very fun browsing, I found two glasses that I thought could work.  A list of the some of the tools and supplies I used are listed below.

So I took everything I purchased, including a bottle of clear gel for the bottom of the vase, and laid it all out!

I debated what was the best vase (as I found some more around my house) to use for quite a while until I settled on the two clear tumblers I purchased at Pier I.  Since I wanted to use the clear gel in the bottom of the vases,I began heating it up to liquefy the gel.  This is a painfully slow process which requires you to heat the bottle up in a pot of simmering water for about 30 minutes.  Oh, and if possible, use an old pot!

In the meantime, I practiced arranging the flowers in the glasses.  Once I was happy, I took a picture so I would remember how they looked when I stuck them into the gel.

After enough time for the gel to become soft and pour-able, I divided the bottle up between the two glasses.  Then I stuck the glasses back into the simmering water for another 35-40 minutes to eliminate bubbles.

Once the vases had “cooked” long enough, I dried them off and inserted the flowers using the picture I had taken as a guide.  Once I was done, I let the vases sit undisturbed for several hours.  As a finishing touch, I wrapped some rafia around the vases and placed them on the table with pride.

So if you feel the need for a centerpiece change, let the happy colors of summer lead you on the path to decorated happiness!

3 thoughts on “Creating a Summer Arrangement”