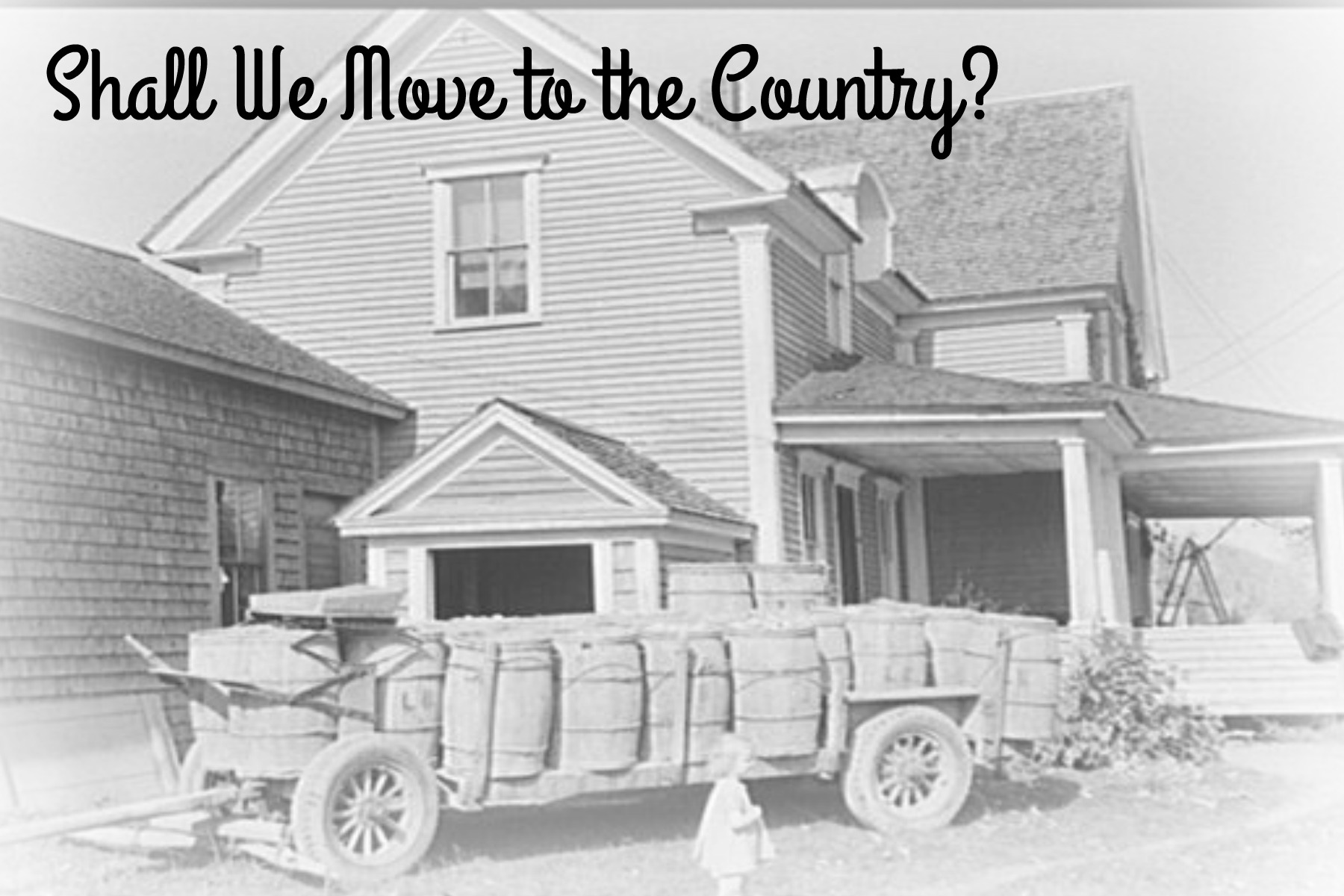 ” ‘ The best place to live is in the country.’  ‘ Let’s move to the country where we can have plenty of good food, lots of elbow room, and plenty of fresh air and sunshine.’  ‘A home on a little land will give us a chance to be independent.’  Thus, many person who live in towns or cities dream or talk enthusiastically of owning a place in the country where they may live and raise food and other products for home use and sale.

This desire to leave the crowded city is so strongly felt by many persons that it has been aptly termed ‘the call of the land.’ In recent years, the number of people who have heeded this call has steadily increased. Many of these people are establishing homes on small plots of land which vary in size from a few acres down to an acre or less.  This trend toward living on a little land is especially noticeable in the “fringe” or suburban areas on the outskirts of most large cities and for many miles along the improved highways radiating from many towns and cities of various sizes.  In general, these families with homes on a little land secure their main income from employment aways from the places on which they live.  This, for the most port this movement into small-scale farming constitutes a part-time, or “spare-time” venture.

Several factors are responsible for people establishing homes on a little land and engaging in small-scale farming on a part-time basis.  As one factor, employment in many occupations leaves considerable amount of outside of working hours.  Furthermore, the use of automobiles and the development of improved highways have made it easy to live in rural areas at a considerable distance from the place of work.  Modern conveniences now available to country homes make rural living more attractive than was the case some years ago.

People on small-scale farms give various reasons for living there rather than in towns or cities.  Some of these reasons are as follows:

Looking to find examples of people today “living on a little bit of land?”  Check out these blogs:

There are so many wonderful films that focus on farm life and country living.   A few of my favorites are:

So whether you live in the city, or on a little bit of land, let the slowness and peacefulness that farm living can offer, always be around you!

Have you signed up for my monthly newsletter? Click HERE to enter your email so you can begin receiving fun updates!

Living on a Little Land by George Percy Deyoe and Herbert M. Hamlin, 1948